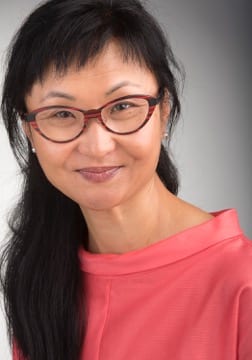 We hope to reschedule this lecture.

“Segregation: The Stuff of Social Media”

Public lecture with reception to follow. Co-Sponsored by the Georgia State University Library and supported in part by Georgia Humanities with a grant from the Andrew W. Mellon Foundation.

Dr. Wendy Hui Kyong Chun is the Canada 150 Research Chair in New Media at Simon Fraser University in British Columbia where she also leads the Digital Democracies Group. Her scholarly work focuses on three key areas of investigation (1) cultural formations and technological artifacts, (2) theoretical concepts in the humanistic and technological disciplines, and (3) popular perceptions of technology and technological protocols. Dr. Chun’s work has been driven by questions related to the impact of control technologies on mass media. Dr. Chun is the author of several books including: Updating to Remain the Same: Habitual New Media and Control and Freedom: Power and Paranoia in the Age of Fiber Optics. Dr. Chun is currently working on a book entitled, Discriminating Data: Individuals, Proxies, Neighborhoods.

“How Fascism Works: The Politics of Us and Them” 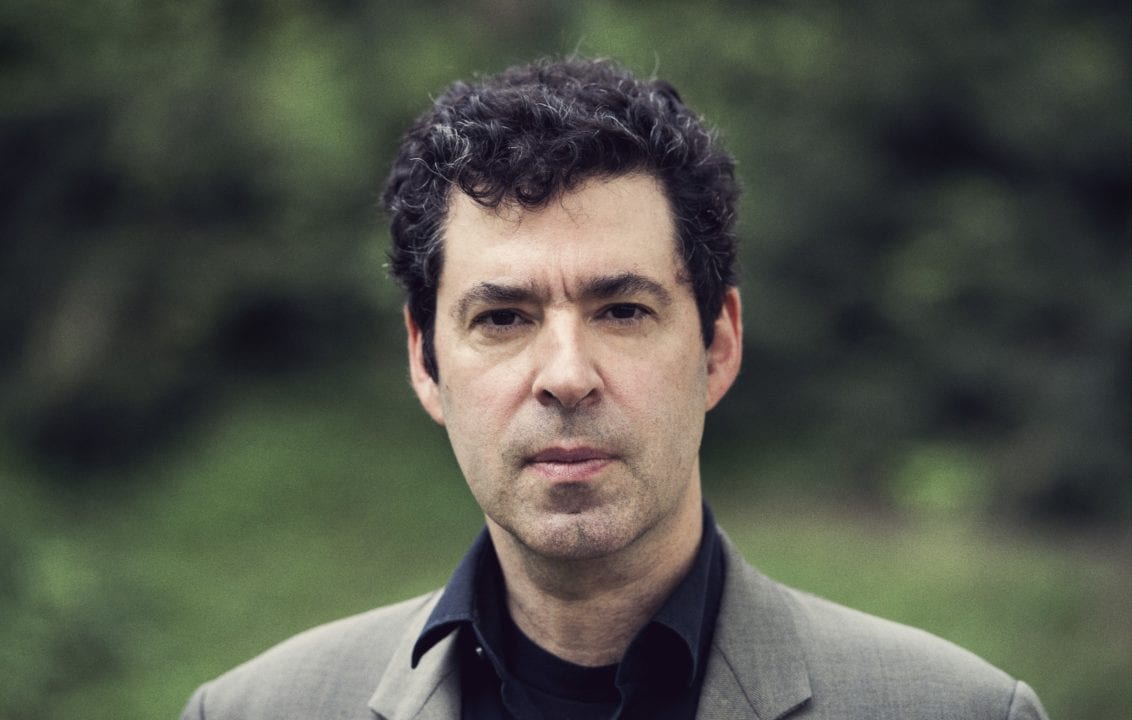 Dr. Stanley is the Jacob Urowksy Professor of Philosophy at Yale University. In addition to his most recent book, How Fascism Works: The Politics of Us and Them (Random House, 2018), Dr. Stanley is the author of four previous books, including Know How (Oxford, 2011) and How Propaganda Works (Princeton, 2015). 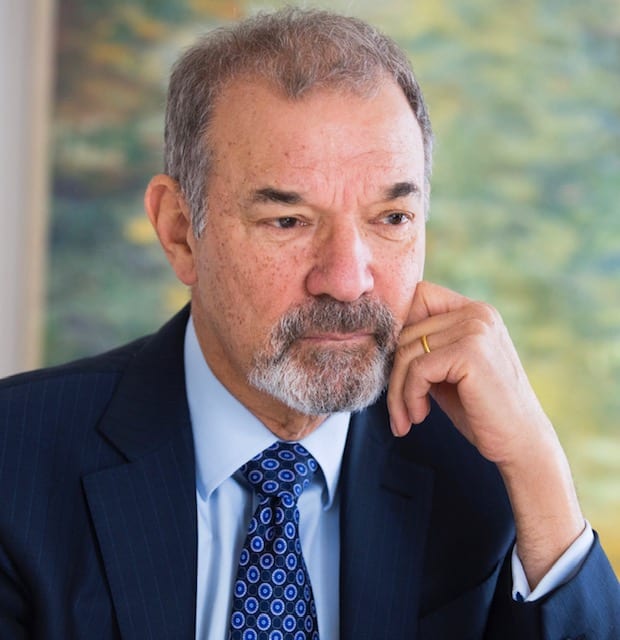 Cogan University Professor of the Humanities at Harvard University

Stephen Greenblatt is the John Cogan University Professor of the Humanities at Harvard University. A Shakespeare scholar, Professor Greenblatt teaches a wide range of courses in early modern literature and culture.  He is credited with originating the literary theory known as the “new historicism,” which portends that literature must be analyzed by understanding the cultural context from which it sprang. Dr. Greenblatt is the author of The Rise and Fall of Adam and Eve and The Swerve: How the World Became Modern. In his most recent book, Tyrant: Shakespeare on Politics, Greenblatt uses Shakespearean plays such as King Lear to posit questions about chief executives and their capacity to rule effectively. 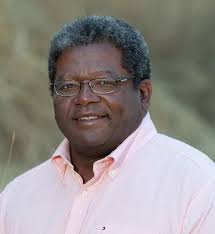 “The Robots Are Coming: Ethics, Society, and Politics in the Age of Artificial Intelligence”

Public lecture with reception to follow. Co-sponsored by the Georgia State University College of Law and the Department of Philosophy.

Kenneth A. Taylor is the Henry Waldgrave Stuart Professor of Philosophy at Stanford University and the director of Stanford’s Symbolic Systems Program. Specializing in the Philosophy of Mind and the Philosophy of Language, Dr. Taylor is the author of three books and dozens of articles. Dr. Taylor’s most recent book, Meaning Diminished: Toward Metaphysically Modest Semantics (Oxford University Press, 2019), presents a broad range of ideas surrounding semantic analysis. In his spare time, Dr. Taylor co-hosts a nationally syndicated radio show called, Philosophy Talk. 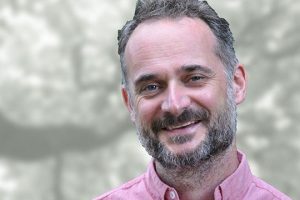 Lecture: Life is Made of Community: Lessons from Trees in Cities and Forests

Dr. David George Haskell, is a professor of biology at Sewanee: The University of the South in Sewanee, Tennessee.  He is the winner of the 2018 John Burroughs Medal for his latest work, The Songs of Trees: Stories from Nature’s Great Connectors.  In The Songs of Trees, Dr. Haskell explores how “every living being is not only sustained by biological connections, but is made from these relationships.”  Dr. Haskell is also the author of the book, The Forest Unseen, a Pulitzer Prize finalist.  To learn more about Dr. Haskell, visit: dghaskell.com 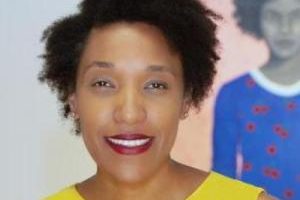 8:30 a.m. Coffee and tea reception in the main lobby

This event is funded by the Humanities Inclusivity Program (HIP) at GSU, a partnership with the Andrew W. Mellon Foundation.

Dr. Jasmine Nichole Cobb, is the Bacca Foundation Associate Professor of African & African American Studies and of Art, Art History and Visual Studies at Duke University.  She is also a co-director of the newest lab sponsored by the Franklin Humanities Institute, “From Slavery to Freedom: Representations of Race and Freedom in the African Diaspora.”  Dr. Cobb recently earned an American Fellowship from the Association of University Women and she is the editor of the forthcoming book, African American Literature in Transition, Vol. 2.  The Bacca Foundation Associate Professor, is also working on her second monograph, New Growth: The Art and Texture of Black Hair after Emancipation, “which evaluates visual constructions of ‘natural’ hair to reveal the vestiges of slavery that are latent in notions of contemporary freedom.”  To learn more about Dr. Cobb, visit: https://aahvs.duke.edu/people/profile/jasmine-nichole-cobb 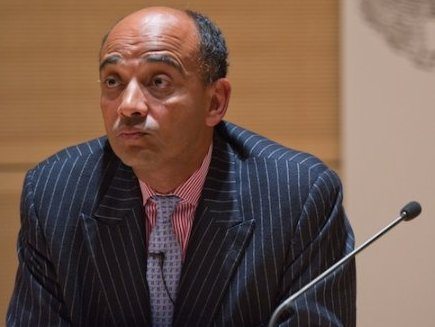 Appiah has been called “one of the most relevant philosophers today” (New York Times Sunday Book Review), “monstrously interesting and the exact reverse of all the stereotypes of academic overspecialization and who-cares-ism” (Thinkprogress.com) and “one of the most brilliant and interesting thinkers in our contemporary moment” (Critical Philosophy of Race). He has taught philosophy and African-American studies at the University of Ghana, Cornell, Yale, Duke, Harvard, and Princeton; he now teaches philosophy and law at New York University. Appiah writes the New York Times Magazine’s “The Ethicist” column, and is a frequent contributor to film; for example he was a contributing scholar to the PBS-documentary Prince Among Slaves (2007) and appeared in Examined Life, Astra Taylor’s 2008 film in which Appiah discussed his views on cosmopolitanism, a philosophical tradition that has influenced him. To learn more, visit: appiah.net. 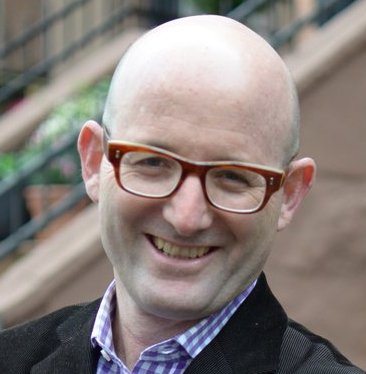 Noah Isenberg is Professor of Culture and Media at the New School’s Eugene Lang College of Liberal Arts in New York City, where he also directs the Screen Studies Program. His most recent book, We’ll Always Have ‘Casablanca’: The Life, Legend, and Afterlife of Hollywood’s Most Beloved Movie, earned a spot on the Los Angeles Times bestseller list and was named an Editor’s Choice by the New York Times Book Review. His book Edgar G. Ulmer: A Filmmaker at the Margins, was called “a page turner of a biography” by the New York Times. Isenberg has been awarded numerous grants and fellowships and in 2015-16 received an inaugural NEH Public Scholar Award. The book review editor at Film Quarterly, he has written for many publications, including The Nation, The New Republic, New York Times Book Review, Bookforum, The Paris Review Daily, Salon, and The Wall Street Journal. To learn more, visit noahisenberg.com. 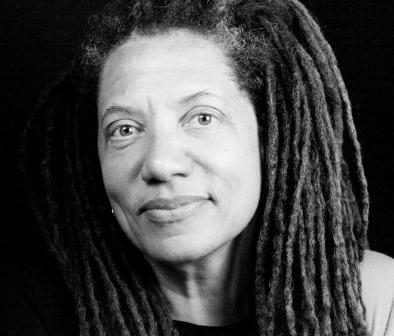 Nikky Finney is the author of four books, including Head Off & Split, for which she won the 2011 National Book Award for Poetry. She is the John H. Bennett, Jr., Chair in Creative Writing and Southern Letters at the University of South Carolina, with appointments in both the Department of English Language and Literature and the African American Studies Program. Her work, in book form and video, is on display in the inaugural exhibition of the African American Museum of History and Culture in Washington, D.C.

Finney’s work includes the arenas of Black girl genius unrecognized, Black history misplaced and forgotten, and the stories of women who prefer to jump instead of ride the traditional tracks of polite and acceptable society. To learn more visit: nikkyfinney.net. 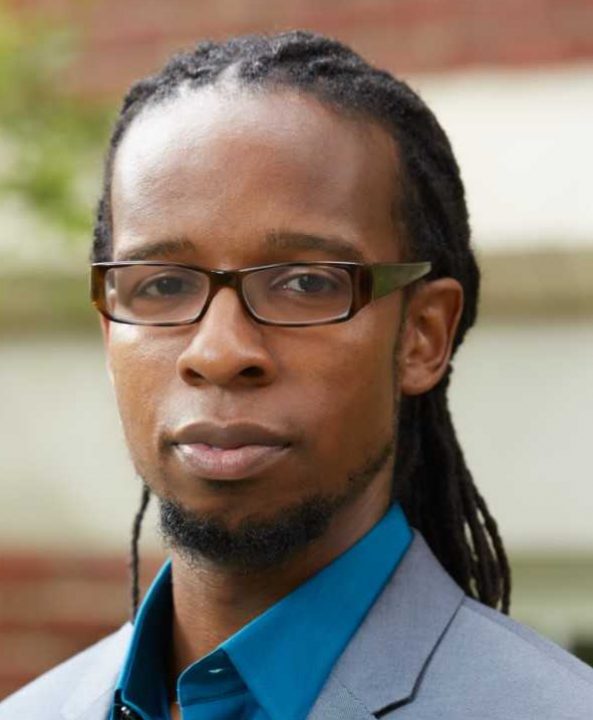 Lecture: “Stamped from the Beginning: The Definitive History of Racist Ideas in America,” with Reception and Book Sale to follow

Dr. Ibram X. Kendi, is a professor of History and International Relations at American University (AU) in Washington, D.C.  He is also the founding director of the Antiracist Research and Policy Center at AU.  Dr. Kendi’s book, Stamped from the Beginning: The Definitive History of Racist Ideas in America won the 2016 National Book Award for Nonfiction. His work and commentaries have appeared in a plethora of journals and periodicals including the New York Times. He is a confirmed humanist, hoping for the day this nation and world will be ruled by the best of humanity.  To learn more visit: ibramxkendi.com 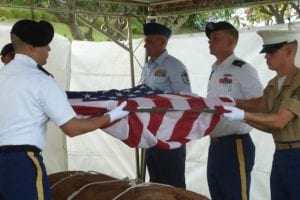 This event will be co-sponsored by the Center for Human Rights & Democracy and the Humanities Research Center.

Dr. Sarah E. Wagner, is a social anthropologist and a professor at George Washington University.  Her current research focuses on the U.S. government’s attempt to account for its Missing in Action (MIA) service members and presumed dead from World War II and the Korean and Vietnam Wars.  Dr. Wagner is the author of several articles and books and has conducted research in Bosnia and Herzegovina, the United States, and in Vietnam.  Dr. Wagner is the recipient of a Guggenheim Fellowship and an NEH Public Scholar award to complete the third book she is currently working on, Bringing Them Home: The Identification and Commemoration of Vietnam War MIAs.  To learn more, visit: https://anthropology.columbian.gwu.edu/sarah-e-wagner 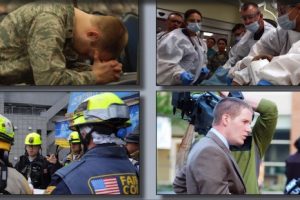 This event is co-sponsored by Georgia State University’s Jean Beer Blumenfeld Center for Ethics and the Humanities Research Center.

Noted experts and local commentators will discuss ethics, resilience, and recovery.  Featured speakers will include: 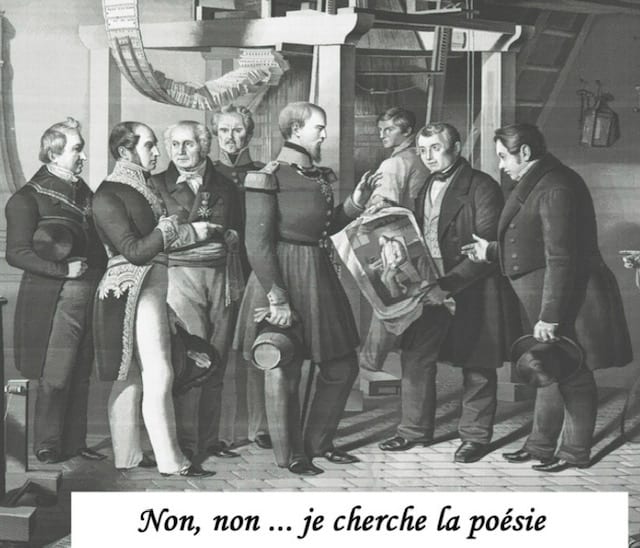 Professor, Co-director of HFA’s Initiative in Data Science in the Humanities (DaSH), University of Massachusetts-Amherst

Lecture: “The Algorithms of Poetry”

This event will be co-sponsored by the Department of English and the Humanities Research Center.

Dr. Stephen J. Harris, is a professor at the University of Massachusetts-Amherst (UMass-Amherst).  He is the director of Old English Publications LLC, sits on the Executive Board of the International Society of Anglo-Saxonists, and is the co-director of HFA’s Initiative in Data Science in the Humanities (DaSH). Dr. Harris teaches courses in data science as well as the history of cryptology, Old English, medieval Latin, early medieval Christianity and historical linguistics.  He is also the current editor of the journal, Old English Newsletter.  Dr. Harris is the author of several books including his most recent work released in 2016 entitled, Bede and Aethelthryth: An Introduction to Christian Latin Poetics.

Lecture: “Reckoning with Redlining and Renewal”

This event is made possible by generous support from Georgia State University’s Urban Studies Institute, University Library, Humanities Research Center and the departments of Geosciences and History.

Robert K. Nelson, is the Director of the Digital Scholarship Lab at the University of Richmond.  One of the aims of the Digital Scholarship Lab is to “develop projects that integrate thoughtful interpretation in the humanities and social sciences with innovations in new media.”  Dr. Nelson will showcase two digital maps that focus on the socioeconomic and racial inequalities that arose from 20th century federal urban and housing policies.  He developed the data-rich maps in collaboration with colleagues.  Online access to the maps and the data used to generate them are available by clicking on the following, “Mapping Inequality: Redlining in New Deal America” and “Renewing Inequality: Family Displacements Through Urban Renewal, 1955-1966.”  To learn more, visit Digital Scholarship Lab. 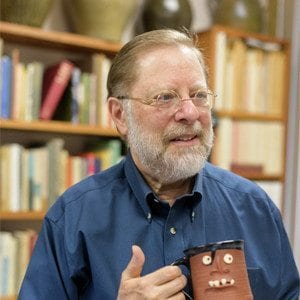 This event will be co-sponsored by the following departments: English, African American Studies, History, Anthropology.

Dr. John A. Burrison, is the Regents Professor of English and Director of the Folklore Curriculum at Georgia State University (GSU). Dr. Burrison teaches several courses on American and Georgia Folklore as well as on British Folk Culture and Irish Folk Culture. He is also the curator of the Folk Pottery Museum of Northeast Georgia at Sautee Nacoochee Center located near Helen, Georgia.  Dr. Burrison is also the author of several books including his most recent work released in 2017 and entitled, Global Clay: Themes in World Ceramic Traditions. 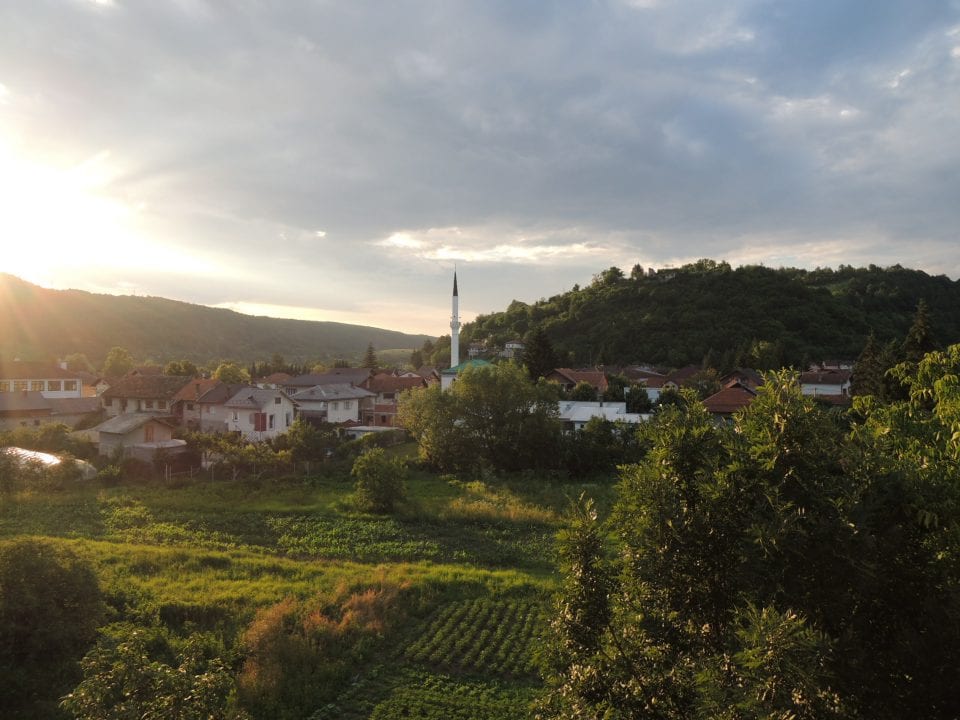 Lecture: “Violence as a Generative Force: Identity, Nationalism & Memory in A Balkan Community,” Co-sponsored by the Humanities Research Center

Dr. Max Bergholz, is a professor of history at Concordia University in Montreal, Canada. At Concordia, Dr. Bergholz, teaches courses on the history of the Balkans. The Pittsburgh native’s interests in the Balkans and Eastern Europe were refined while he was earning his doctorate at the University of Toronto. Dr. Bergholz’s first book, Violence as a Generative Force, explores violence in a small, Balkan community during World War II.  The book has earned high acclaim and numerous awards. To learn more, visit: maxbergholz.com

Send this to a friend